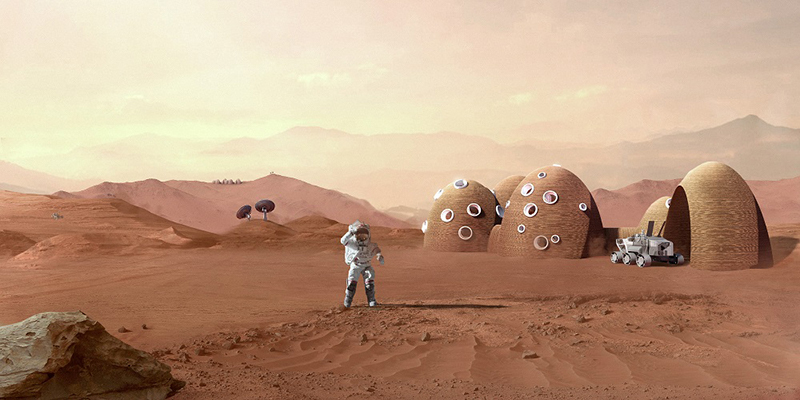 These 10 Construction Projects Redefine How We Build

When compared to other industries, the AEC sector has admittedly been slower to embrace change. But that doesn’t mean that construction is devoid of innovation and creativity. Forward-thinking project owners, designers, and contractors are pushing the envelope and creating positive momentum in the process. They’re making the most of the latest technologies and upskilling their workforce to improve productivity, quality, safety, and sustainability. And they’re creating eye-catching, landmark structures in the process.

These 10 Construction Projects Redefine How We Build

1. Making Cryptocurrency Better for the Planet

Why it’s a game changer: Bitcoin has the potential to revolutionize money, but mining it requires an immense amount of power, causing many investors to be wary of its environmental impact. That’s why digital payments provider Square is teaming up with bitcoin infrastructure developer Blockstream to create a solar-powered bitcoin mining facility. The goal of the $5-million dollar facility is to demonstrate that bitcoin mining and sustainability aren’t mutually exclusive. As consumers and investors grow more concerned about the environmental impact of the businesses they support, capital owners and the construction industry as a whole need to be prepared with transparent, sustainable solutions to those concerns.

Why it’s a game changer: The Randselva Bridge in Norway is the world’s longest bridge built completely with BIM modeling. This 634-meter cantilever concrete bridge is being constructed without a single drawing by a design team located in four different countries. The team relies on structural BIM software, model sharing and collaboration software, and augmented reality to centralize all the data needed for the project, share and contribute to the model, and visualize the model in the field. The slender, complex geometry of the bridge, along with the need for very heavy reinforcement, present significant design challenges. By modelling all objects and implementing clash detection, the designers are able to ensure constructibility. And the universality of the model (compared to the language-specific barriers posed by drawings) makes it easy to collaborate across borders. 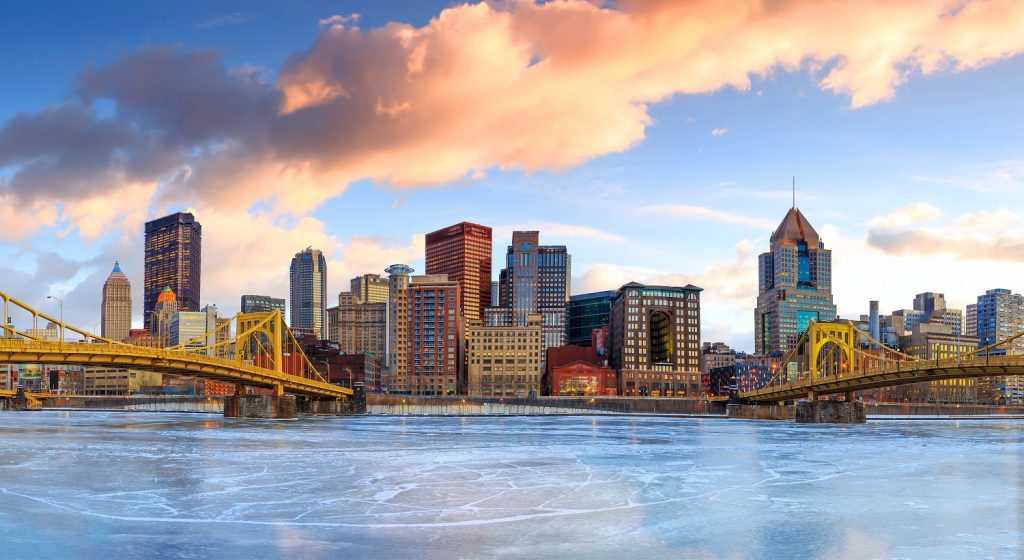 Why it’s a game changer: Demolition accounts for 90% of waste generated by construction projects. To combat some of that waste, the City of Pittsburgh has implemented a policy meant to drive the recovery, recycling, and reuse of materials from some city-owned condemned structures. The sustainable deconstruction initiative will be the first large-scale opportunity to weigh the costs of deconstruction versus demolition. And, in addition to reducing the impact to landfills, the project will remove neighborhood blight and provide job training opportunities. 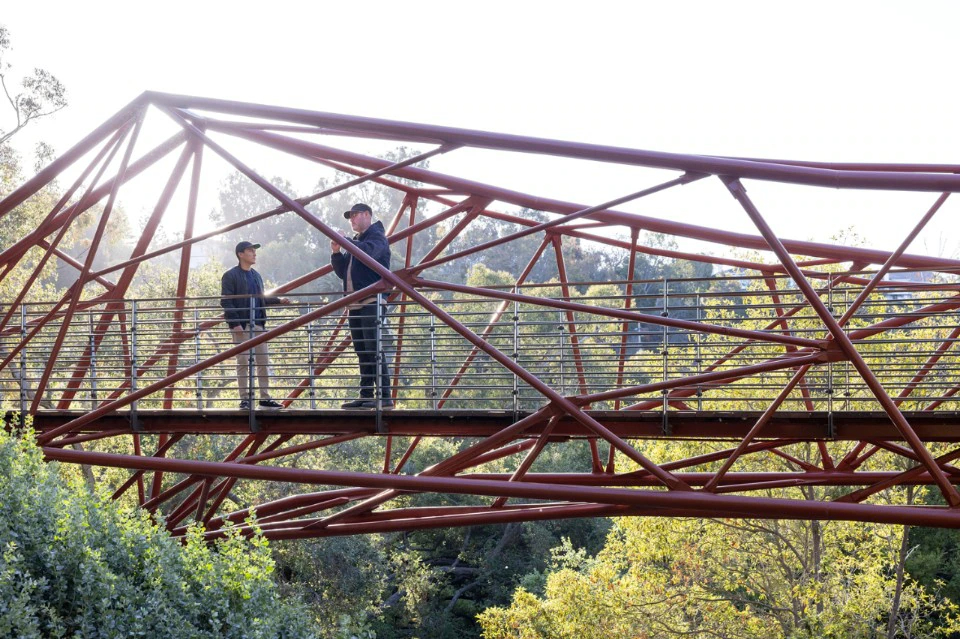 Why it’s a game changer: Inspired by the vascular, branching architecture of leaves and trees, the Arroyo pedestrian bridge was designed by students at the USC School of Architecture in Los Angeles. The 25-meter, single-span bridge was nearly impossible to build using traditional methods. Instead, it was fabricated remotely in sections. Over 600 parts were assembled using robotic arms that held each piece in place while human beings welded them together. By engaging students in the design and using leading-edge robotics for construction, projects like the Arroyo Bridge will help usher in the next generation of construction workers.

Why it’s a game changer: Women only make up 10% of the construction workforce, but a recent California project offers hope that change is on the horizon. The leadership of the construction team for one of San Francisco’s largest new land projects is made up entirely of women, without it being required by the owner. The 5.6-hectare Presidio Tunnel Tops project consists of overlooks, gardens, a welcome plaza, and camping areas. Having such an expansive project led by an organically formed female team demonstrates what’s possible when we expand the construction labor pool.

Why it’s a game changer: To meet targets for carbon neutrality we need large-scale sources of green energy. A new international consortium is doing just that by creating an integrated green fuels megaproject in Oman. For the past three years, OQ, the Sultanate of Oman’s global integrated energy company, EnerTech, a Kuwaiti clean energy investor and developer, and InterContinental Energy, a green fuels developer, have partnered on the project, which will produce millions of tons of zero-carbon green hydrogen per annum. The goal of the project is to create a reliable, global source of green hydrogen, which is in demand in a number of sectors, including transportation and heavy industry. Due to its scale and the volume of equipment required for the project, Oman is also helping to foster green construction skills in its workforce.

Why It’s a game changer: When MJ Church, a U.K.-based contractor, was hired to restore a site designated an Area of Outstanding Natural Beauty, the firm had to figure out how to navigate the complex terrain and safely remove 400kV overhead power towers. They decided to combine survey data with the designer’s 2D drawings to generate 3D models of the trenches, which were then pushed to machines using a machine control platform.

Using machine control allowed MJ Church to accurately map the corect depth of the trenches by capturing the position of the machine blade or bucket every .2 seconds. This enabled them to form a continually updated point cloud that could be used to generate live volumes. As a result, MJ Church could verify that operators were digging to the correct grade and depth, continually track topsoil, prevent materials waste, and safely and confidently capture as-built data.

Why it’s a game changer: Smart material selection has become key to meeting the need for more sustainable, resilient buildings. In addition to pursuing new alternatives, many architects are exploring novel ways to use familiar materials. And the old is new again with the proposed 1,148-tall timber-structured W350 highrise in Tokyo. As the world’s first supertall wood structure, the tower would be built with a 9:1 ratio of wood to steel, in order to accommodate Japan’s seismic activity. The project may be the most ambitious of its kind, but it’s not the only one; timber skyscrapers are cropping up all over the globe, partially due to the fact that they actually sequester carbon that would normally enter the atmosphere when the tree dies. 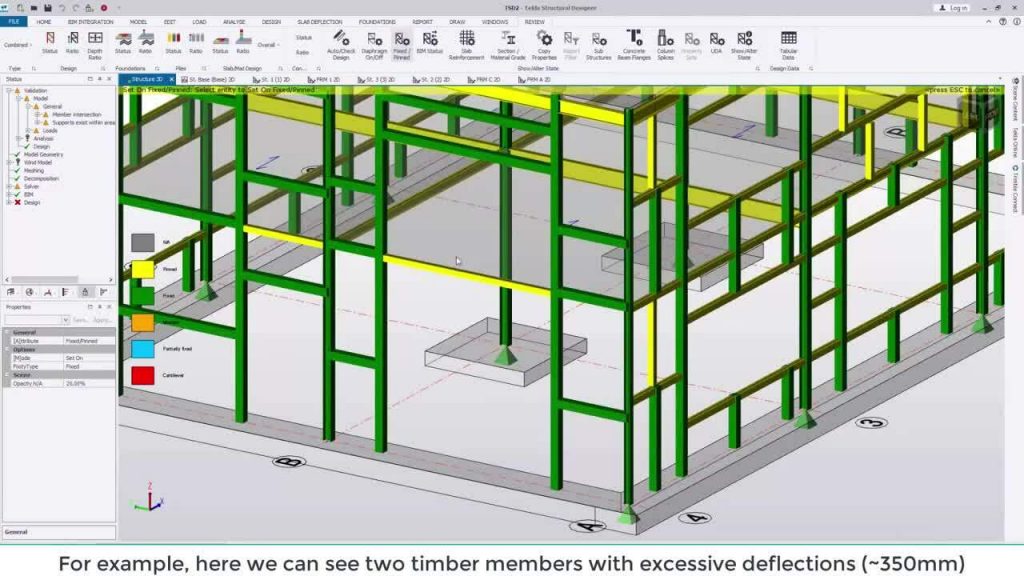 9. Out of This World Construction

Why it’s a game changer: The age of building on the Moon and Mars is approaching, and that means that new structures need to be built to welcome astronauts, workers, and tourists. Since 2015, NASA has been holding a competition to create sustainable shelters for the Moon, Mars, or beyond using resources available on-site in these locations. Eleven team entries were scored based on architectural layout, programming, efficient use of interior space, and 3D-printing scalability and constructibility. As a direct result of this project NASA is now working with contest participant ICON, a construction technology company based in Austin, Texas, on the research and development of spaced-based construction systems that could support future exploration beyond our planet.

Panoramic view of the Rotterdam skyline, with the De Zalmhaven Tower complex featured on the right. Image by dropStock via Shutterstock.

Why it’s a game changer: Prefabricated and modular structures have been around for decades, but they’ve really taken off in recent years. At 215 meters tall, the De Zalmhaven Tower in Rotterdam, Netherlands is set to be the tallest prefabricated skyscraper in the world. The site’s cramped urban location and aggressive project timeline made it ideal for prefabrication. The deliver-hoist-install building process minimizes traffic and noise disruptions, and allows for the construction of one floor per week, making the construction timeline less than 42 months.

These projects are just a small sample of what’s possible in construction. While each is unique in its own way, the common thread is that the AEC stakeholders behind them understand that disruption is here, and embracing innovation allows them to have a role in shaping the future of construction. To ensure you remain relevant as the industry continues to evolve, read about 9 trends defining the next normal of construction. 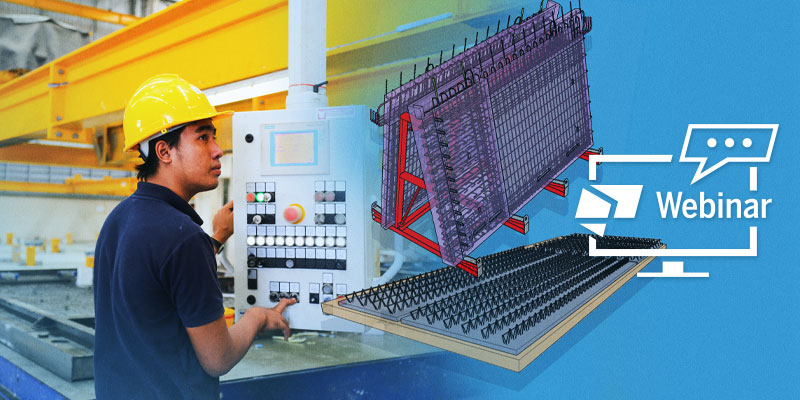 Webinar On-Demand: How your precast production benefits from constructible models

This Tekla webinar showcases the benefits of the model-based approach in precast production processes. We will cover advanced workflows for production planning, integrating with automated production systems, model-guided support for assembly and logistics planning. Also, we touch on new ways of collaboration throughout the project from design to site. Host: Tiina Lehtinen, Trimble Marketing Manager 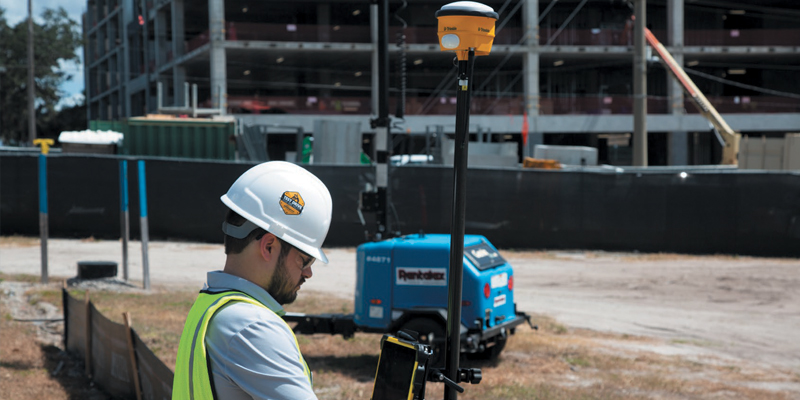 In 2019, Southland Industries, one of the largest MEP building systems experts in the U.S., was awarded a contract to develop a 7 million square foot consolidated car rental facility at the Los Angeles International Airport (LAX). Given the substantial size of the project and the need to work quickly and precisely, Southland decided to 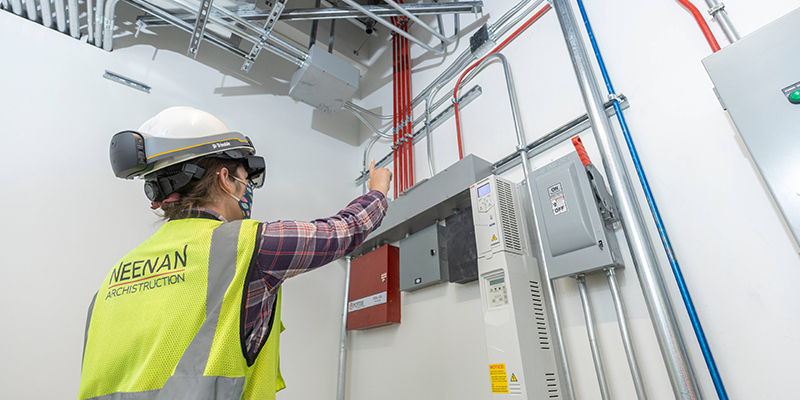 Eight Ways You Can Improve Collaboration and Safety

Working with augmented reality (AR) and mixed reality (MR) can be a game changer for both remote collaboration and improving employee health and safety. Below are eight ways in which these tools benefit the construction industry: 1. Environment Visualization and Sharing: With global collaboration becoming more common and COVID requiring social distancing, site view sharing 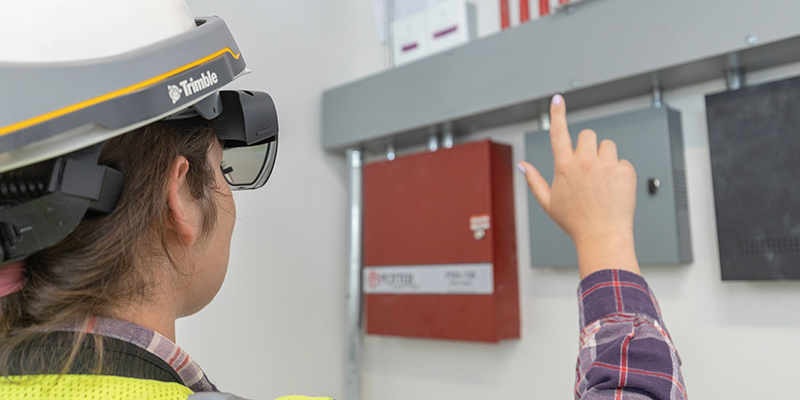 When construction professionals first hear the phrase “mixed reality,” it may conjure up visions of teenagers with virtual reality goggles strapped over their heads, or roaming gamers hunting down imaginary Pokémon characters with their smartphones. The truth is that mixed reality has a lot more going for it than just the “cool factor” and it 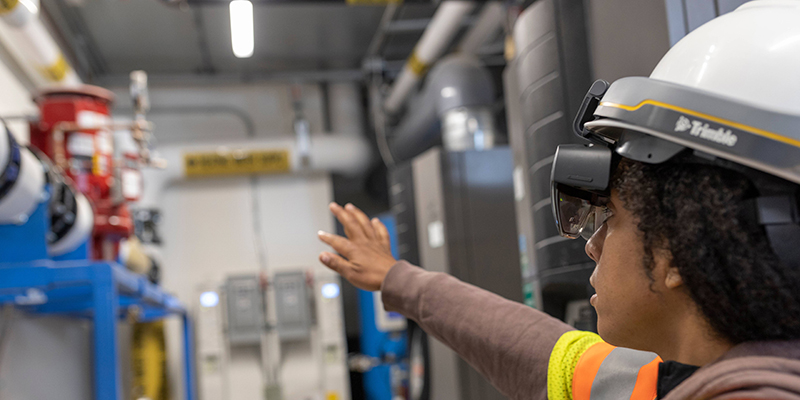 In many ways, construction is one of the least digitized industries in today’s economy, with many workers continuing to employ tried and true manual methods. A shift is underway, however, as more advanced, field-friendly tools reach construction sites around the globe. With digital platforms like CAD and BIM now considered industry staples, the next step